A beautiful relationship is headed for the rocks after girlfriend found out her boyfriend has been living with his ex girlfriend in same apartment for 3 weeks. 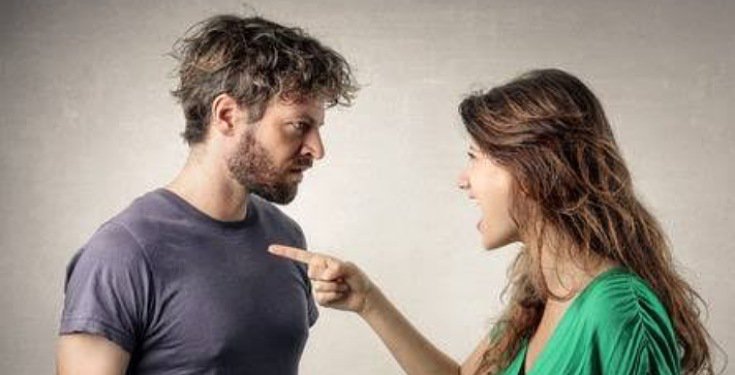 According to the leaked WhatsApp conversation between both lovers, the lady visited and found out her boyfriend, Daniel, has been living with his supposed ex girlfriend for 3 weeks.

What she said got her really mad was the fact that Daniel has been living with his ex, Stephanie without letting her know until she found out in the third week.

She got angry, left the house and kept ignoring Dan on social media.

When Daniel asked that they settle like “couple”, she refused, insisting that Stephanie must leave the house. “It’s an order from me” she said.

Daniel however revealed that Stephanie had paid the house rent with him while they were still dating and can’t just throw her out because they have broken up.

Daniel’s girlfriend then asked to know what he does whenever he has sexual urge in the middle of the night since his supposed roommate is someone he once dated.

Find out more from the full WhatsApp conversation below; 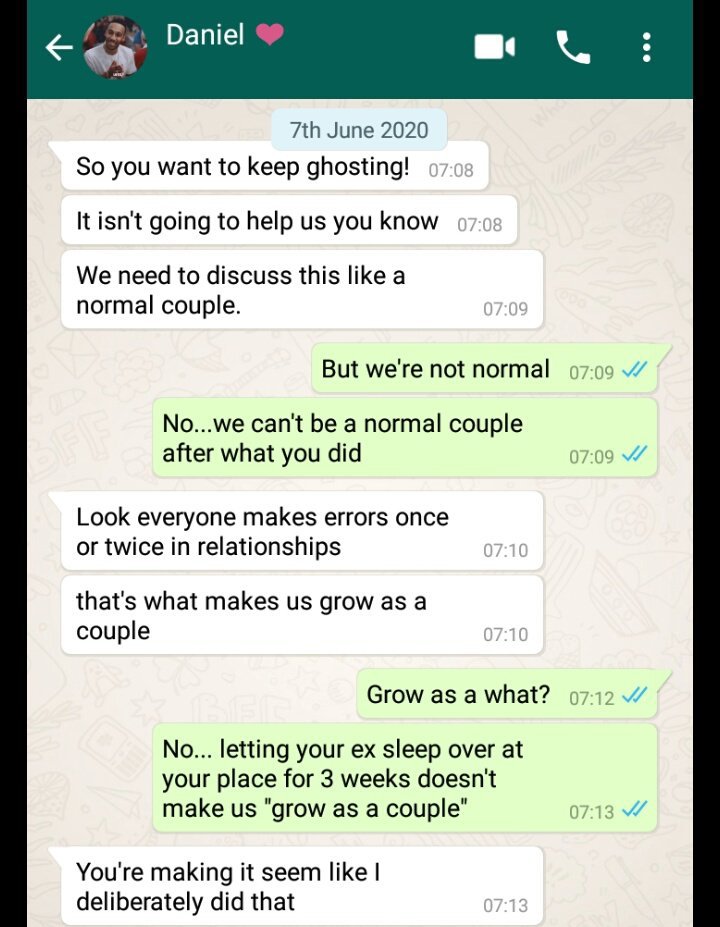 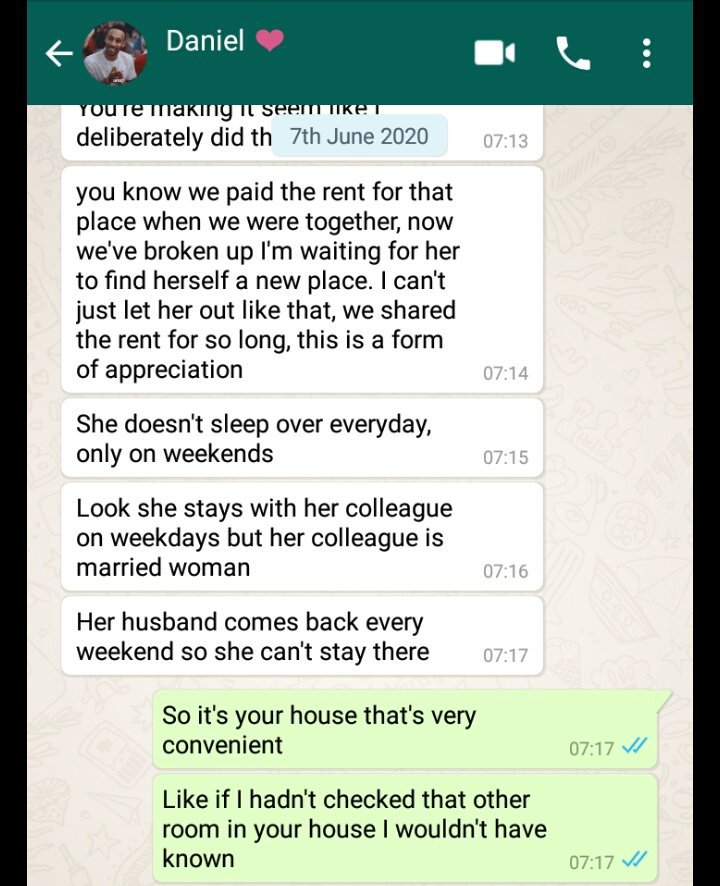 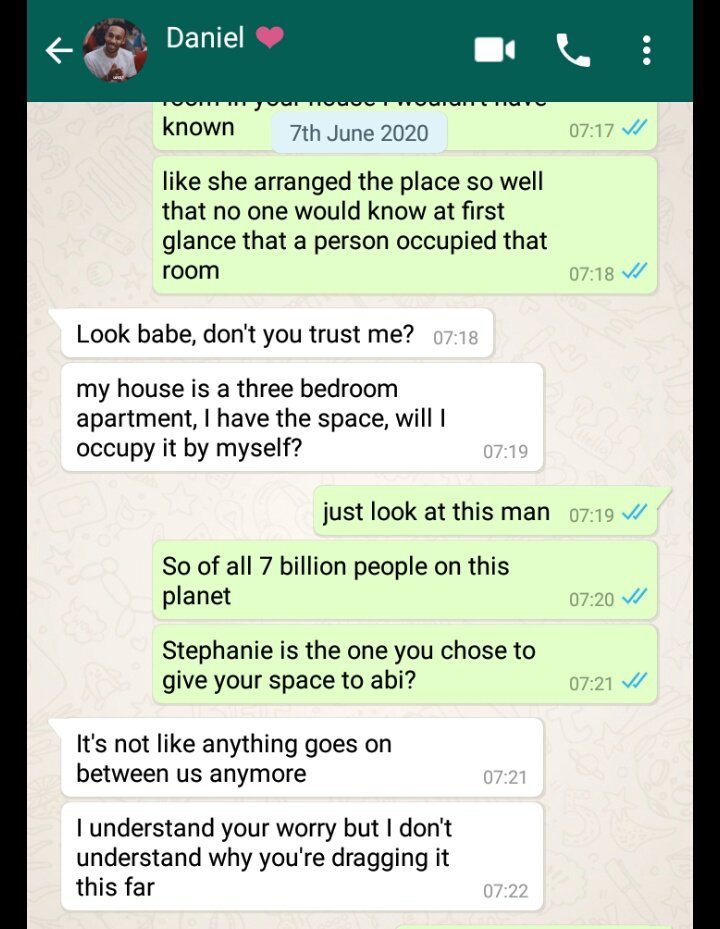 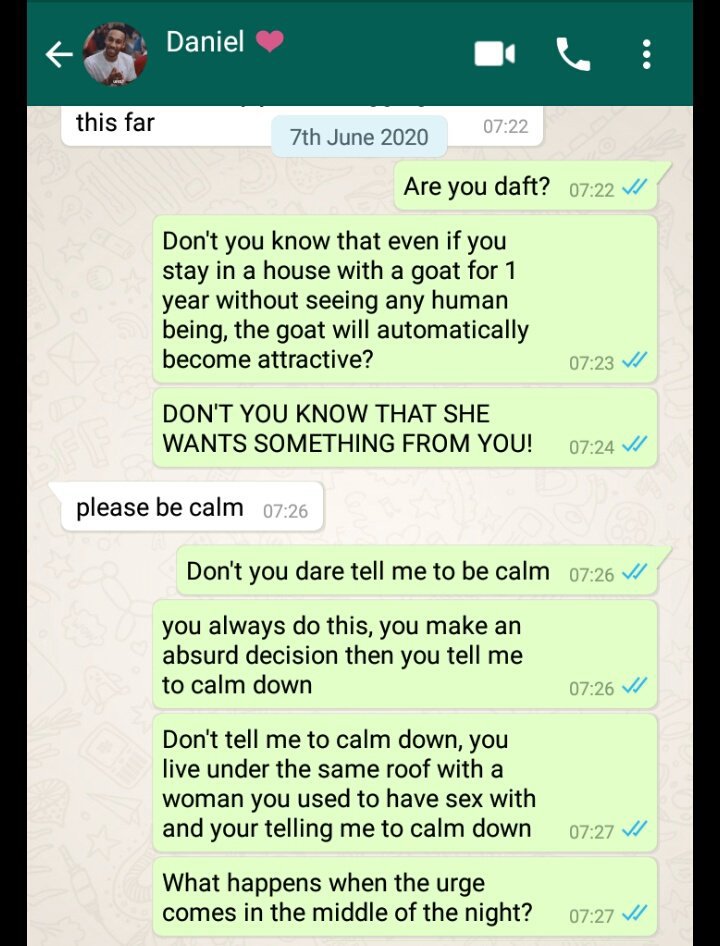 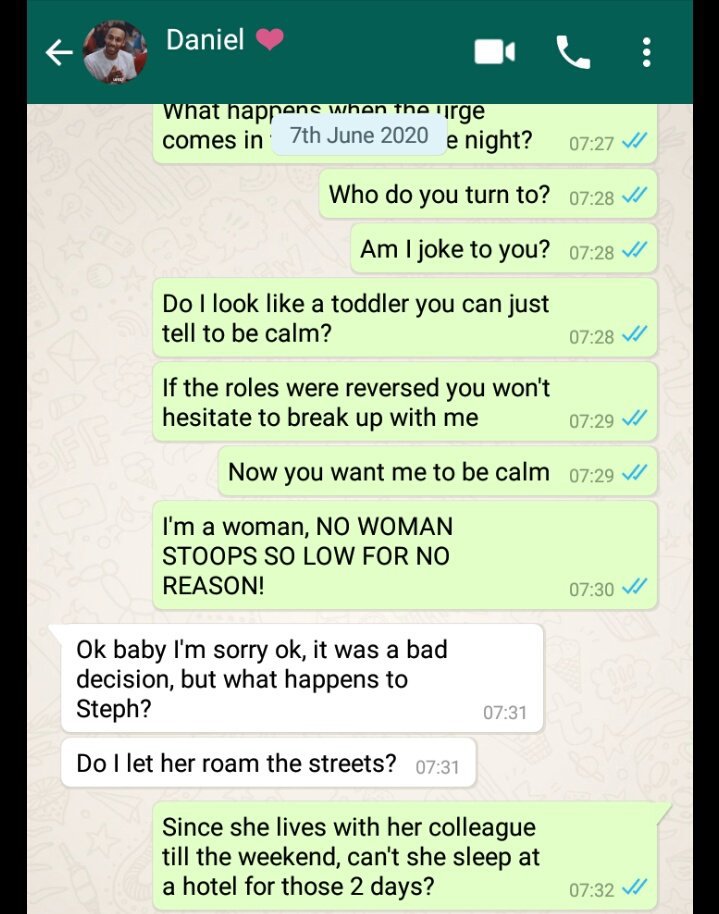 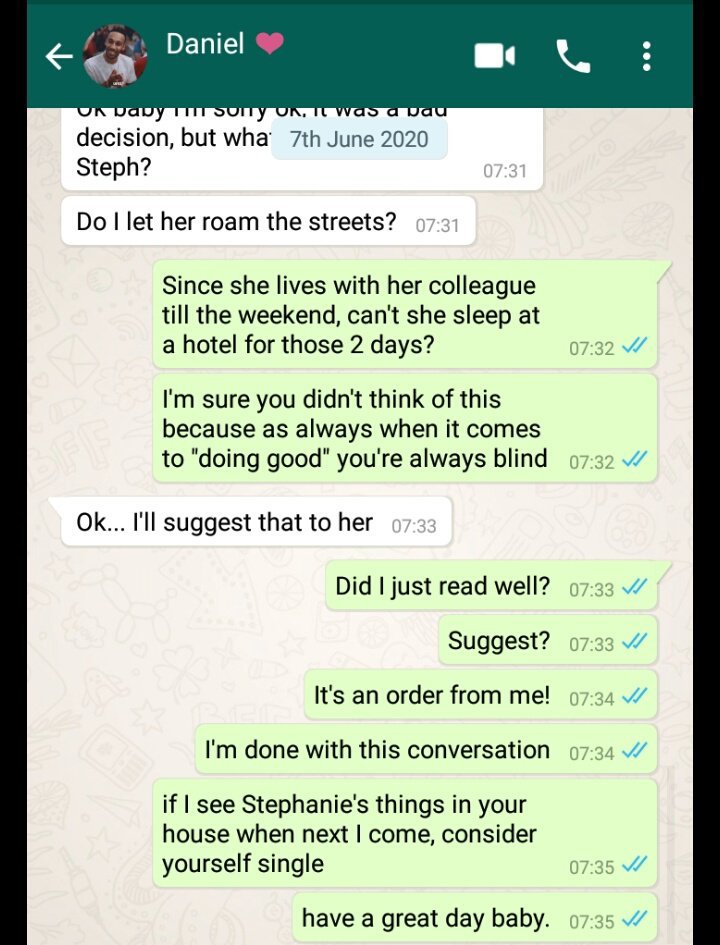 “Shey Them No Tell You The House Wey You Enter?” – Nigerian Man Says As He captures Snake With His Bare Hands In His...

Man Narrates How He Was Charmed Along With His Friend By...

Lady Celebrates As She Finally Gives Birth After 28 Months Of...