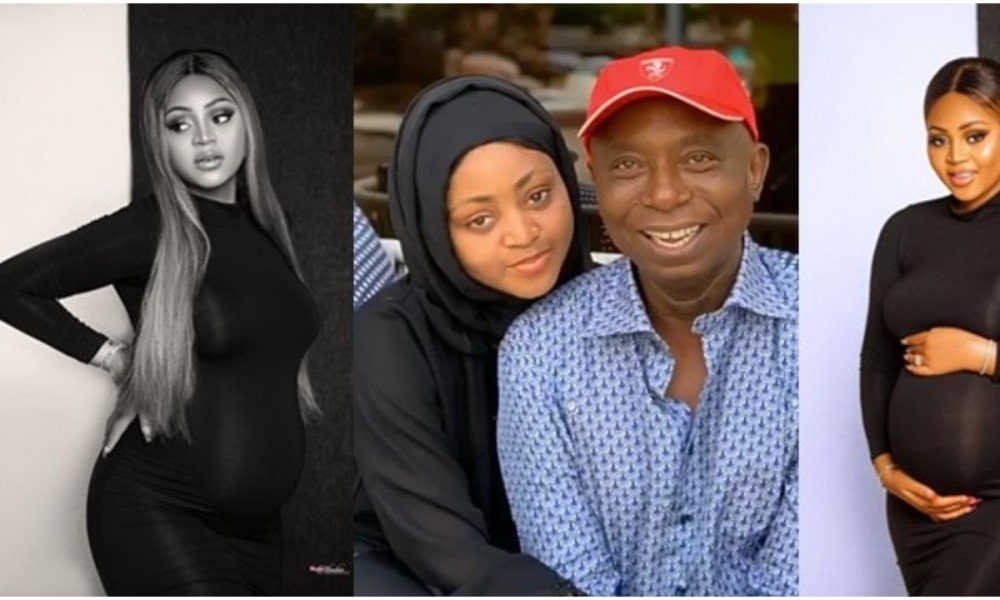 Nollywood Actress, Regina Daniels who welcomed her first son on Monday, 29th of June 2020, explained how she discovered her pregnancy.

The new mum-said she first became aware that she might be pregnant when her husband said he could “perceive a pregnant woman”.

She made this revelation in a documentary about her pregnancy. Ned Nwoko also reacted in the documentary. He said he has the ability to perceive a pregnant women from a mile away and he knew when his young wife became pregnant.

Regina added that she was “confused” at first, soon after a pregnancy test revealed she was carrying a child.

“The first time I found out I was pregnant, I was confused. I just couldn’t explain the feeling.

“Though at first, my husband was already saying, oh he can perceive a pregnant woman and I was like, ha, perceive kwa?”

Ned, who has multiple children from his other wives, said: “I told her that she was pregnant. She didn’t believe me. I could smell a pregnant woman from 2 miles away.”

Watch the video below.

“I Was Planning For My Funeral” – Toyin Abraham Talks About...