Two childhood friends who have been “besties” since birth have beat low survival rate after they were diagnosed with brain damage from birth as they graduated from high school together. 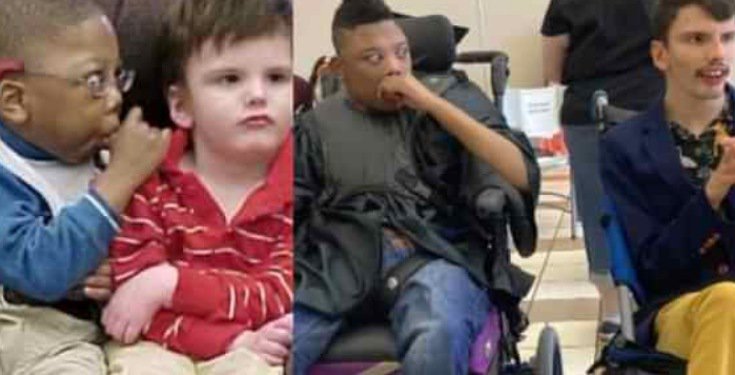 Doctors had told their parents that they only had 2% chance of survival.

According to Fox 5 DC, the boys, Odin and Jordan, were born with brain damage. The two best friends, who both have special needs, grew up side-by-side in Tyler, Texas.

Doctors had concluded they wouldn’t live very long. It was revealed that doctors said they had a low survival rate and even if they survived, they would be in a vegetative stage. However, they beat the odds. 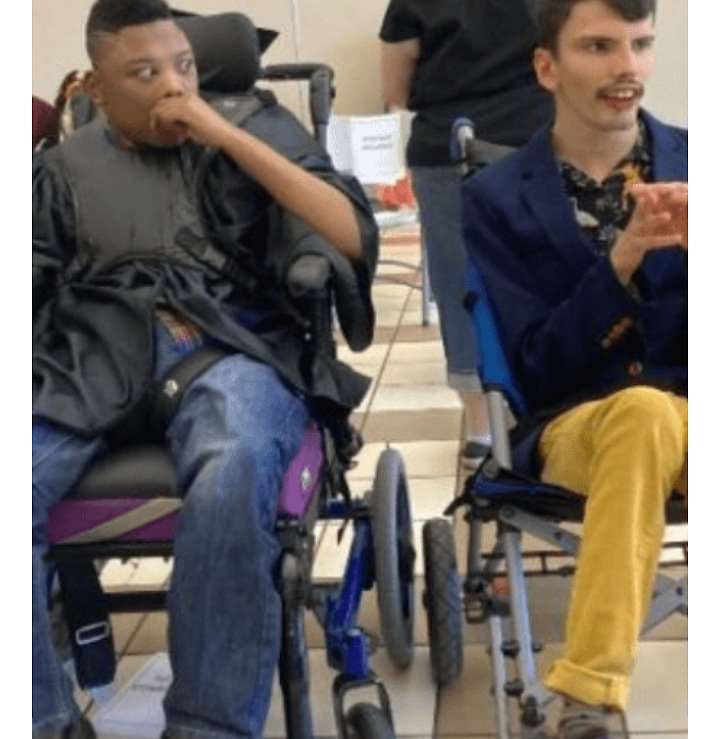 Both 18-year-olds have now received their high school diplomas together.

The news of the boys’ high school graduation began trending after Reddit user Tim Frost posted a side by side photo of his son Odin and Odin’s best friend Jordan on their first day of school and on graduation day.

In his words, “My son and his best friend, both told their survival rate would be around 2%, never walk, and live in a vegetative state if they made it past 7 years, both walked the stage and graduated tonight!!! (Left pic is from the first day of school. The right is from graduation this evening)”

He explained that the boys met at Wayne D. Boshears Center for Exceptional Programs when they were just 3 years old.

“Their very first day of school, they were put in the same classroom,” Tim Frost, Odin’s dad, told CBS News on Wednesday. “They pretty much had this immediate bond. Neither one of them could speak, but wherever the other one was, they were always together.”

He told FOX 5 DC that the pandemic has cancelled Odin’s birthday and graduation ceremonies but positive and supportive comments from the community have lifted his spirits. He also hopes the post will reach Odin’s favorite band, The Roots.

IMMEDIATELY BEGIN TO USE IT: He Drank This Drink Every Day And Lived 152 Years!

THIS POPULAR DRINK DESTROYS YOUR LIVER

10 NATURAL ANTIBIOTICS THAT TREAT COUNTLESS INFECTIONS, AND WHAT DRUG COMPANIES...