Liverpool captain, Jordan Henderson has won the Football Writers’ Association Men’s Footballer of the Year award for the year 2020. 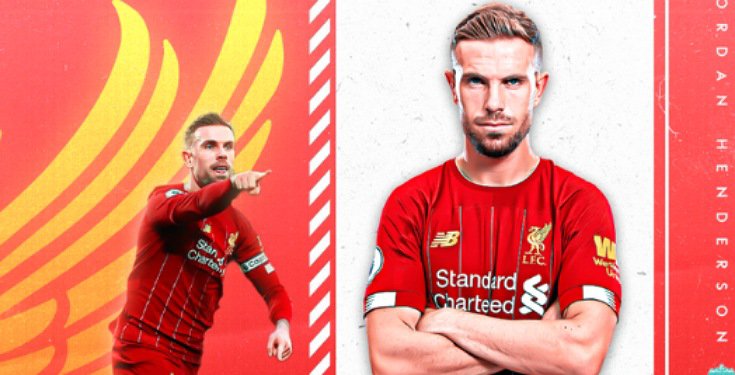 The captain who led Liverpool to their first league title in 30 years this season, received more than a quarter of the votes.

“As grateful as I am I don’t feel like I can accept this on my own,” he said.

“I owe a lot to so many people but none more so than my current team-mates, who have been incredible and deserve this every bit as much as I do.”

BREAKING: Jordan Henderson has been crowned the Football Writers' Association Footballer of the Year for the 2019/20 season.

On Wednesday Henderson, who is recovering from a knee injury, received the Premier League trophy from Reds legend Sir Kenny Dalglish at a near-empty Anfield.

Henderson added: “I accept [the award] on behalf of this whole squad, because without them I’m not in a position to be receiving this honour. These lads have made me a better player – a better leader and a better person.

“If anything I hope those who voted for me did so partly to recognise the entire team’s contribution.”

Off the pitch, Henderson has helped raise money for the NHS as part of the #PlayersTogether initiative.