A Nigerian man, Felix E Onyemaechi has taken to Facebook to reveal why people should not vote for BBNaija housemate, Kiddwaya. 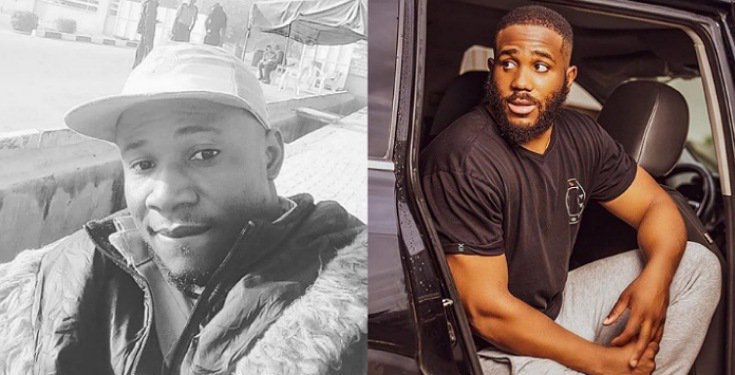 Kiddwaya whose original name is Terseer Waya is a self-employed 27-year-old from Benue State and son of elite billionaire business mogul, Terry Way.

Felix stated that anybody who spend his money to vote for Kiddwaya to win this year’s BBNaija is stupid. He added that Kiddwaya is a son of a billionaire and there is no need to enrich someone who is already rich. 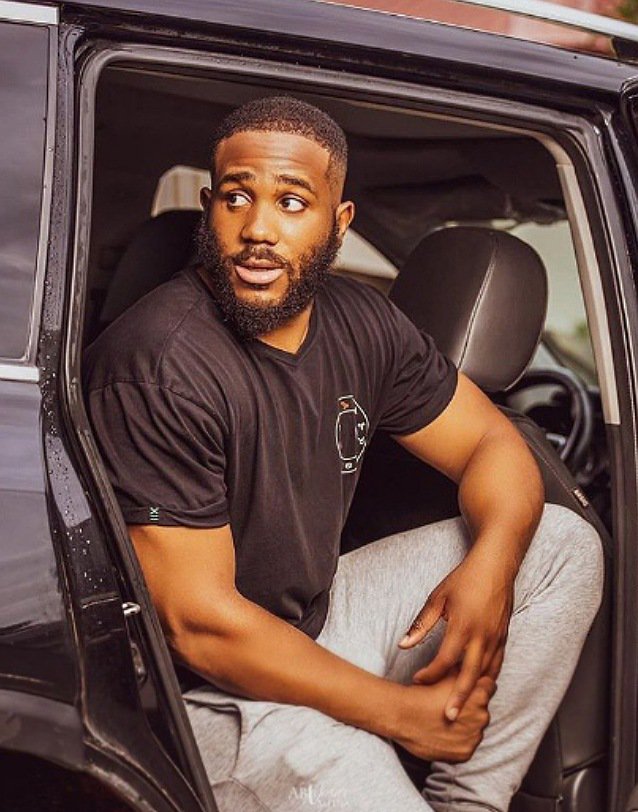 “Whoever spends his money to vote Kiddwaya to win this year’s BBNaija will not only be insane but stupid. In case you don’t know, Kiddwaya is the son of billionaire businessman Terry Waya. Why waste money to enrich someone who is already rich”, Felix wrote. 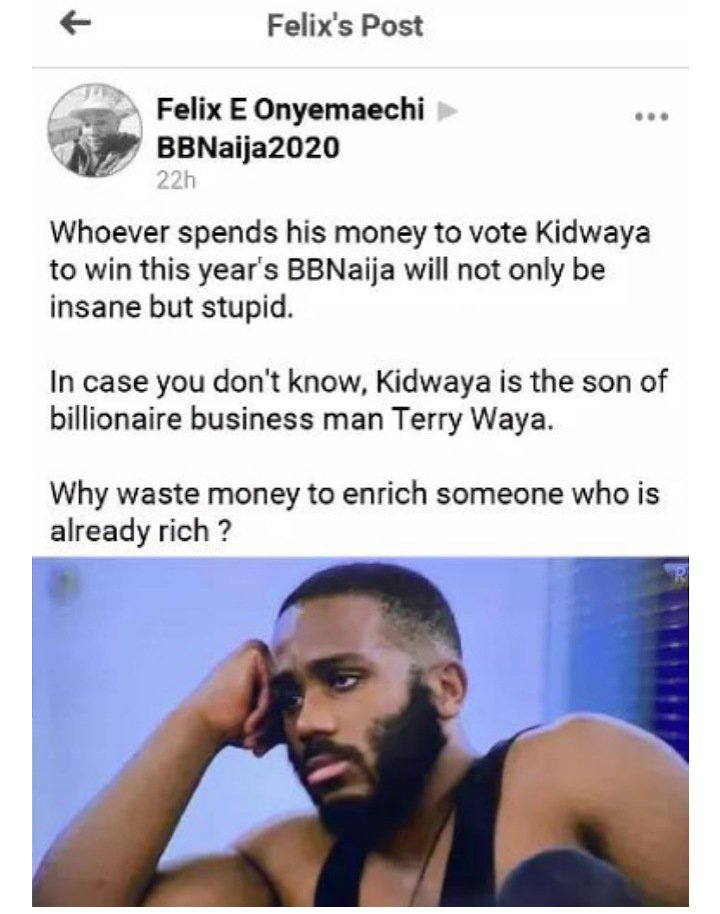 Nigerians Mock Cross Dresser, Jay Boogie For Lying About Being A...