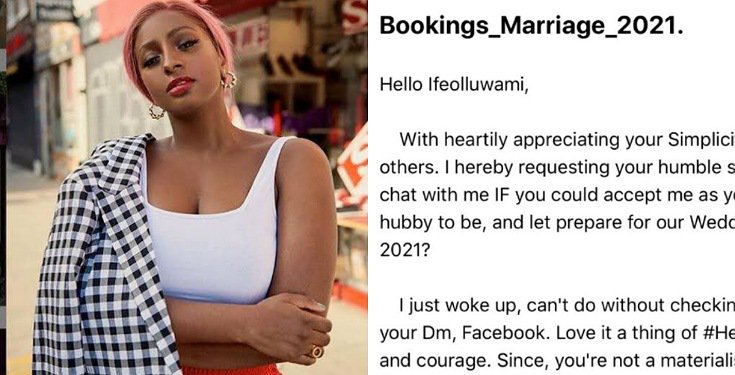 The DJ took to Twitter to share a marriage proposal she received from a suitor via email.

Recall that yesterday, Monday, Aug 3, DJ Cuppy had declared that 2020 is the year she will meet the love her life. 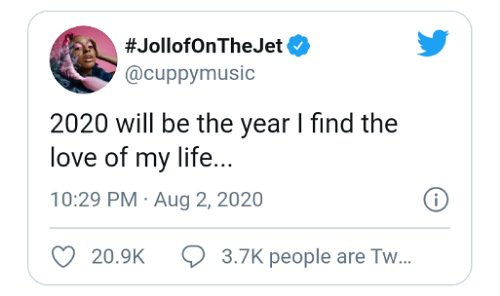 Barely a day after the Apple Music radio host made the public declaration, marriage proposals are already pouring in for her.

DJ Cuppy shared one of such she got via email on Twitter, and wrote…

“Wow! The marriage proposals are already coming in!” 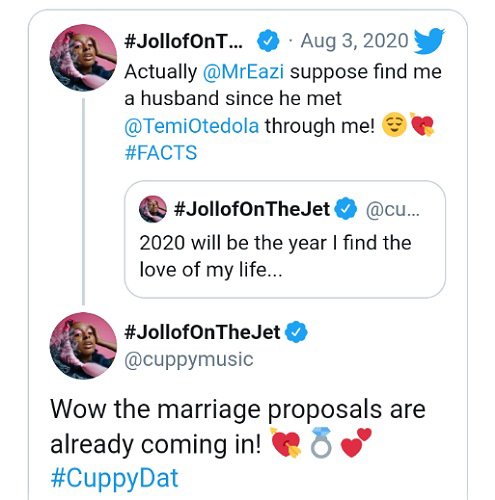 Refer to proposal below… 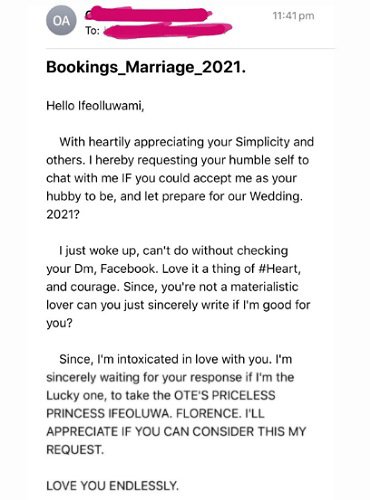