A viral video has shown moment Rema gifted his mom a Lexus SUV car in 2017 even before Don Jazzy signed him to Mavin records. 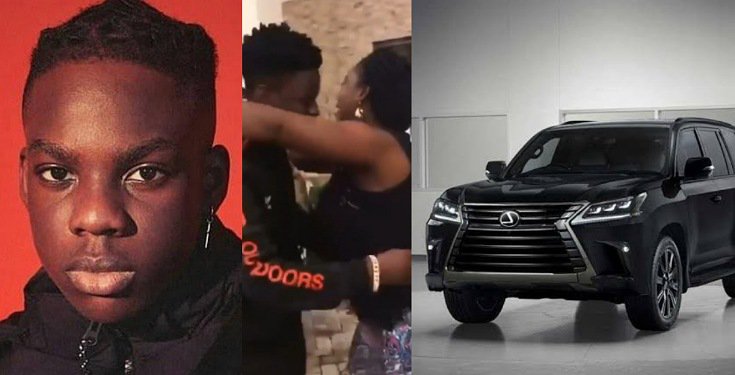 Recall that the fast rising singer born Divine Ikubor recently embarked on a Twitter rant during which he made a lot of revelations.

In the Twitter rant, Rema revealed that he was a millionaire way before the fame.

According to him, even before he performed his first show, his account was already reading in 6 zeros.

Nigerians have now dug out an old video of when Rema bought and gifted his mother a Lexus SUV while at the age of 17, sometime in 2017.

Revealed: Nigerian Singer, Rema Bought His Mother A Car At The Age Of 17 Even Before He Got Signed To Mavin 😲 Follow @WazobiaGossip for more exclusive news 🙏 #rema #davido #wizkid #wizkidayo #burnaboy

In another news, a magician has left Davido and his entire DMW crew shocked and amazed as he entertains them with mind blowing magic. Read full story and watch video HERE.

“I Swear On My Life, Protesters Killed At Lekki Tollgate Must Get Justice” – Falz (VIDEO)