A social media user has revealed that BBNaija season 5 winner, Laycon, sought the help of a native doctor before going to the house. 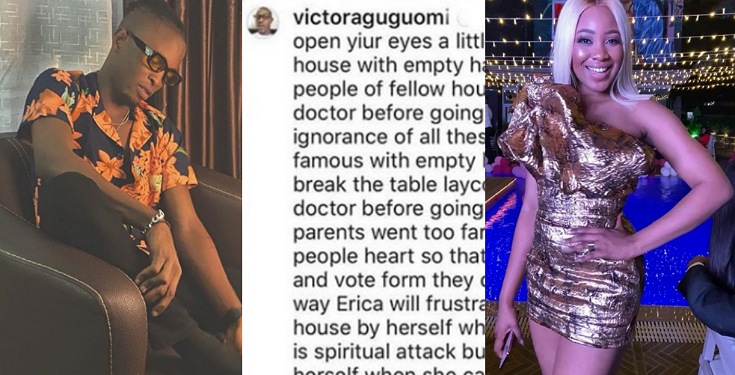 According to him, other housemates also fortified themselves before going to the house unknown to an “ignorant Erica.”

He also claimed that Erica was spiritually manipulated and frustrated which led to her disqualification from the house, tagging it a spiritual attack.

For him, the massive love fans show Laycon was also manipulated in the spiritual realm.

The screenshot as shared by GossipMilll showed the man was probably replying to someone’s comment whose username has been edited out.

Victor also made other claims as can been seen from the screenshot of his comment below; 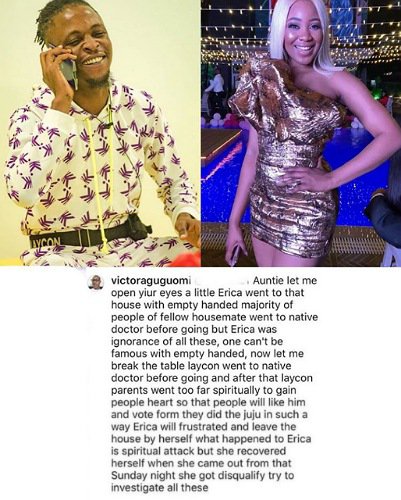 Comedian AY Offers To Be The Official MC Should Ozo And...

“Visit A Psychiatrist Before Going To BBNaija” – Erica Advises Intending...