BBNaija 2020 first runner-up, Dorathy has been discharged after being rushed to the hospital yesterday. 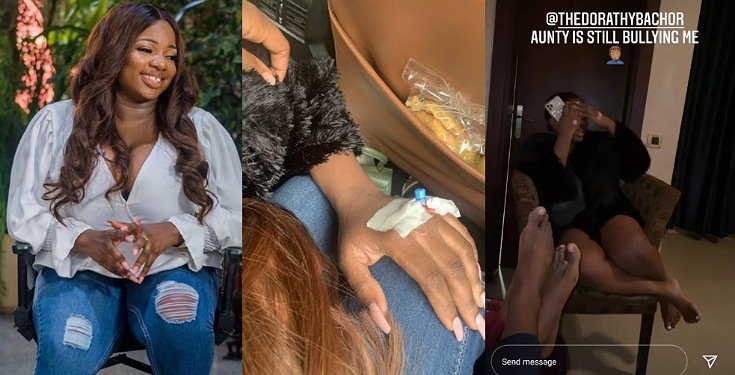 Recall that Dorathy was hospitalized yesterday. However, her sister who broke the news did not disclose the cause but rather solicited for prayers.

An insta story video made by her friend, Prince has shown that she is now recuperating as she could be seen chatting with him after he paid her a visit.

Her management kept her fans posted via insta story and informed the general public that she would continue with her media rounds when she fully recovers.

Dorathy also updated her fans on Instagram with a video of her first media and captioned it “While I’m trying to recuperate, I thought I’ll leave you all with a recap of yesterday’s media round.”