A Native Doctor has joined protest against Police brutality while chanting “End SWAT in Jesus’ name”. 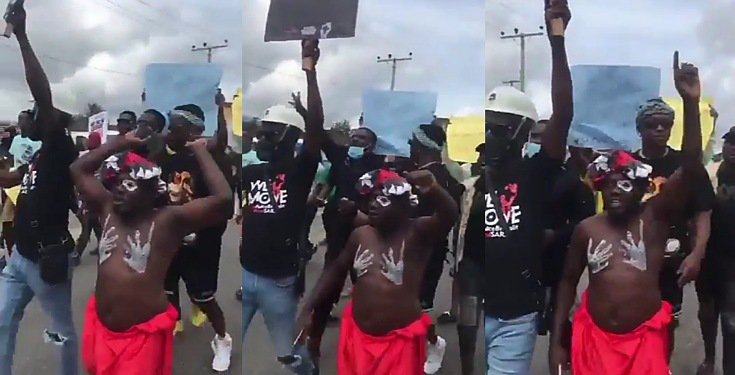 In the video, protesters were seen demonstrating in Warri and calling for the dissolution of the newly formed Special Weapons And Tactics, SWAT squad, a replacement of the disbanded Special Anti-Robbery Squad, SARS unit of the Nigeria police force.

A scene from the protest that caught the attention of social media users, is a man who is believed to be a native doctor, marching with protesters and chanting a prayer for the end of SWAT.

Watch the video below:

“Be Stingy Until You Get Married” – Reno Omokri Advises Nigerian...

Drama As Manas Man Storms His Bank, Demands For All The...