A police officer who defended and gave #EndSARS protesters a lift with an official police van in Jos has received praises from Nigerians on social media. 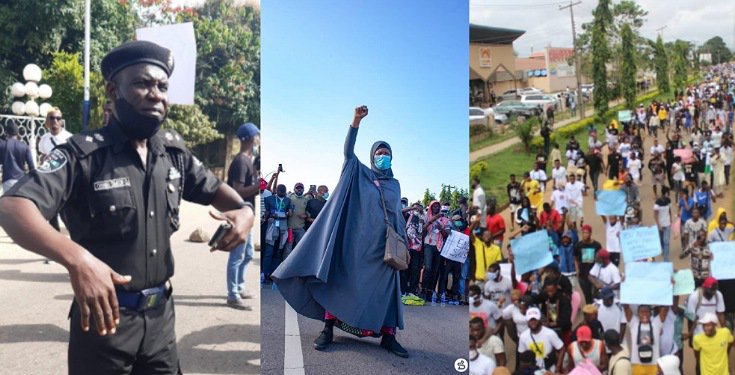 One of the protesters took to Twitter and revealed how the policeman offered protesters a lift with a police van after the protest.

He Twitter user also revealed he came to their defense when a mobile police officer assaulted one of them in Jos, Plateau state. 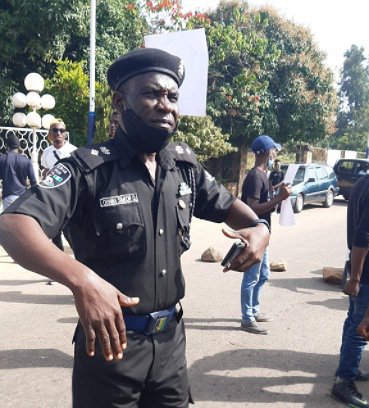 Sequel to the above revelation, the police officer has since gone viral on Twitter with many showering encomiums on him.

@onemanspears tweeted, “Shoes well polished, Shirt tucked in and uniform neatly ironed, Probably the neatest police officer I’ve seen in a while especially in the afternoon o no be early mo mo lol”.

Another Nigerian tweeted, “I have done my part, can we get his account number forwarded to, @feminist_co, and at least give him 10k for other to see what it means to be a good officer. Its high time we celebrated the good ones for Nigeria to see”. 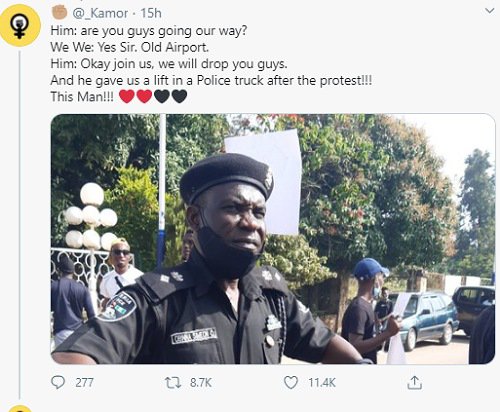 “DJ Cuppy Has The Most Perfect Pair Of Bo*bs In Nigeria”...

“It Is Wrong For A Christian To Date Before Marriage” –...