A viral video has shown moment BBNaija’s Ozo could not speak his native language “Igbo” and has been mocked on social media for that. 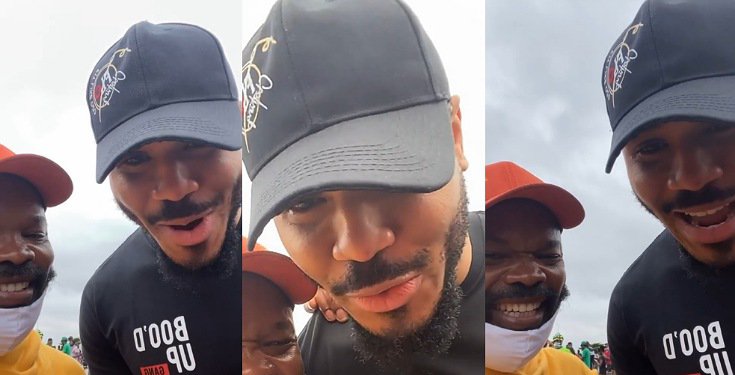 Ozo was at an #EndSARS protest ground and met with popular comedian and On-Air Personality, Nedu Wazobia who insisted he must speak Igbo – his native language.

After Ozo’s several attempts to speak in English were met with stiff resistance, he bowed to pressure and tried speaking in Igbo but it was a hilarious sight to behold as he kept fumbling.

Some social media users have made mockery of him following his inability to speak his own native language fluently.

However, some social media users were of the opinion he might have grown in an environment that didn’t offer him the opportunity to learn his dialect.

Excited Nigerian Lady Unblocks All Her “Haters” As She Buys Her Dream Car, Benz E350 (PHOTOS)

“The Best Investment Isn’t Starting A Business, It’s Lifting The Poor Out Of Poverty” – Daddy Freeze

Music Maestro, Davido Has Tested Negative To Covid-19 For The Second...