Nigerian singer, Peruzzi has been praised after he reportedly chased away armed robbers on 3rd Mainland Bridge in Lagos. 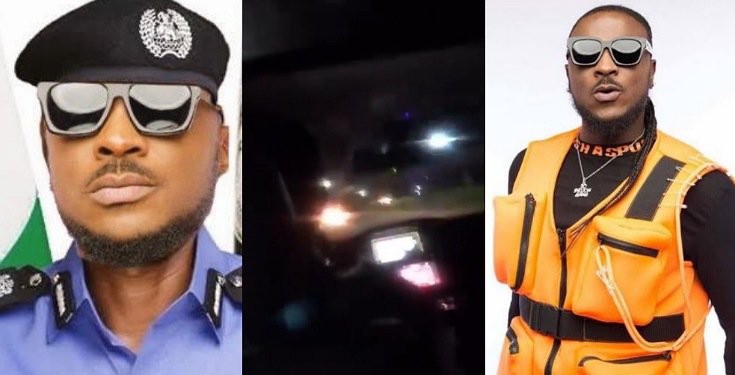 According to reports, Peruzzi was on his way to Felabration2020 last night, October 16, when he heard armed robbers were robbing on the 3rd Mainland Bridge.

On hearing that armed robbers were robbing on the 3rd Mainland Bridge, the self acclaimed “Huncho” decided to stop by and chased them away.

In the video, gun shots were heard being fired and a voice that appears to be that of Peruzzi thundered from the background, “Make them dey feel am, their papa!”

Watch video and see reactions from Nigerians below;

Omo Peruzzi chased all the armed robbers away on Third Mainland Bridge.💀🤲

When Peruzzi called himself Huncho, he meant that shit!!😂❤️

When Davido said “I get men, I no dey gather boys”, he was referring to Peruzzi.

Excited Nigerian Lady Unblocks All Her “Haters” As She Buys Her Dream Car, Benz E350 (PHOTOS)

“The Best Investment Isn’t Starting A Business, It’s Lifting The Poor Out Of Poverty” – Daddy Freeze