Infuriated by Lekki killings, an angry mob has set TVC on fire including their vehicles and building. 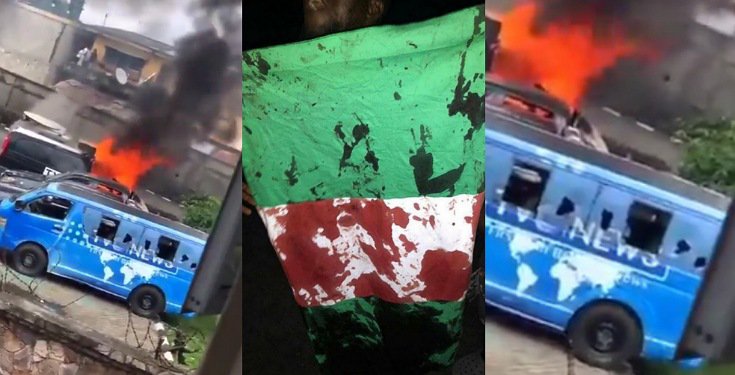 According to online reports, the incidence occurred this morning, October 21.

In the video, some youths could be seen holding containers of what is guessed to be kerosin and moments later, they poured the content on TVC buses in the vicinity and set them ablaze.

According to the voice in the video, the affected station is TVC located at Ikosi Ketu area of Lagos.

Reports also say that the station was temporary off air as a result of the attack.

Watch a video from the scene recorded by neighbours below;

Man Disgraced At A Betting Shop After Placed Bet And Refused...