Popular comedian, AY, has reprimanded people asking why no celebrity died during #EndSARS protests held across the country. 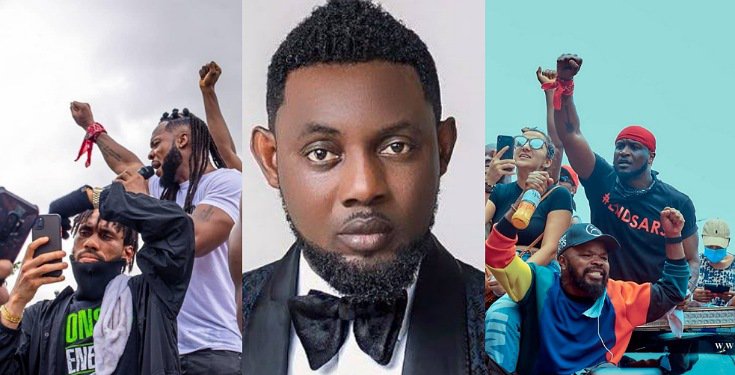 The comedian who doubles as an actor registered his dissatisfaction in series of social media posts he shared on Monday, October 26.

He recalled how celebrities yielded to the calls of Nigerians to lend voices to the #EndSARS campaign and how the celebrities obliged by taking to streets to protest for an end to police brutality and bad governance in the country.

Having noted the above, AY expressed disappointment over questions by some Nigerians asking “How come no celebrity was reported dead too?”

He however called on Nigerians to remain focused and not lose focus on the common goal of advocating for a better Nigeria.

He tweeted, “When we were yet to tweet about #EndSar,it started with “pls add ur voices”. When we did, they said “get off ur tweeting fingers & join d protest on d street”.When we also did & lost some of our youths in d struggle,they are now asking “How come no celebrity was reported dead too?”

Taking to Instagram, AY wrote, “Passing the blame card to any celebrity is an inappropriate response to the death of our fellow compatriots in the struggle for a better Nigeria .

Even as we mourn our brothers and sisters, let’s maintain a proper focus on our set goals, and be less concerned about any form of orchestrated distractions. Let’s quit discouraging everyone who joined us all in making our voices heard, no matter how low.

Your liking or disliking any celebrity doesn’t count as much as we respect ourselves as human beings. Let’s not make our solutions to the problem be as bad as the problem itself.We shall all be alive to witness that NEW NIGERIA of our dreams soonest.” 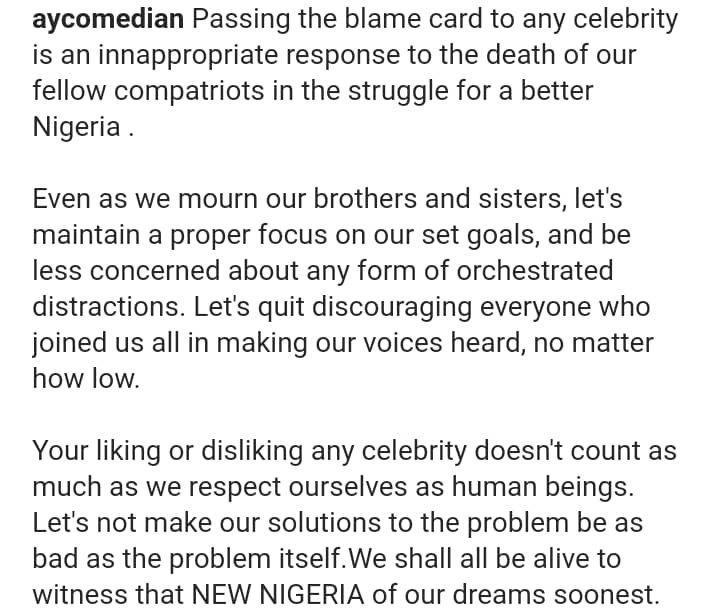 Terry G Cries Out Over Not Getting Any Endorsements, Blames Nigerians