A Nigerian man has taken to social media to praise an AC and fridge repairer for his honesty after he refunded N12,000 he charged him to repair his Air Conditioner (AC). 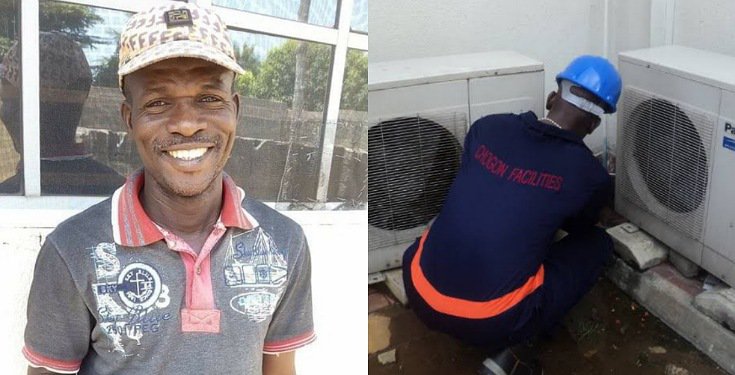 The customer, Samson Oyenekan explained that his AC had developed fault and he gave the artisan identified as Abdullahi N12,000 to buy a compressor and fix it.

However, he said he was surprised when Abdullahi returned the money and explained to him that the compressor is fine and the issue only needed a minor repair which would require just 500 Naira.

Impressed and surprised, Samson praised Abdullahi on Facebook and encouraged people to patronize him.

Samson also said that if he were in Abdullahi’s shoes, he would have fallen for the temptation of taking the whole money. 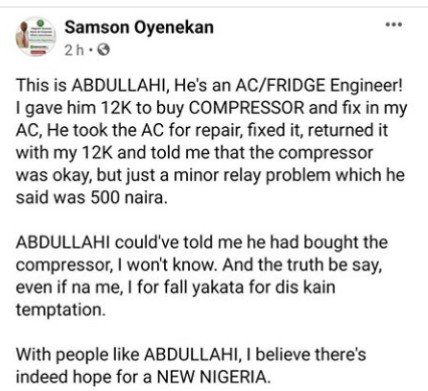 “Wizkid Is The Only Man I Can Willingly Spread My Legs...