Media Personality, Uti Nwachukwu has said Jesus is disappointed at Nigerians who supported Donald Trump in recent US Presidential election on the basis of Christianity. 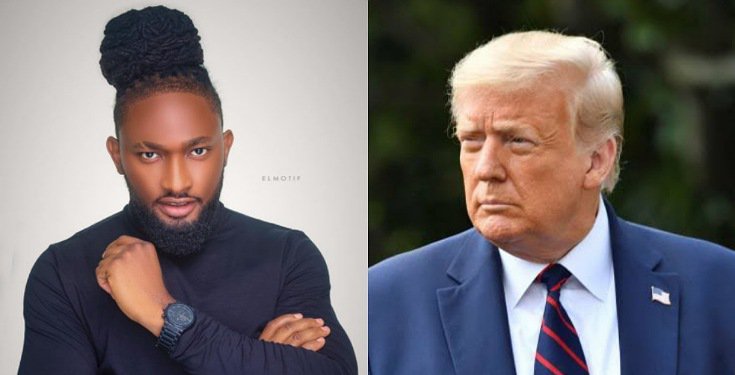 He made this submission in a recent post he shared on his official Twitter page on Saturday November 7.

According to the seasoned media personality, Trump clearly perpetuated hate, division and anarchy.

He went further to say that anyone who ever tweeted #EndSARS but supported Trump is the main problem of Nigeria.

He wrote, ”I’m so ashamed of the hypocritical brain washed Nigerians supporting Trump all in the name of Christianity! SOMEONE THAT CLEARLY PERPETUATED HATE, DIVISION AND ANARCHY!! This is who u people were holding vigils for? Is this the love Jesus preached? He will be so disappointed.

If you ever tweeted or shouted #EndSARS and you are a trump supporter ALL IN THE NAME OF CHRISTIANITY , then YOU ARE PART OF OUR MAIN PROBLEM IN NIGERIA!! You are part of the reason why we have suffered injustice and bad governance in Nigeria! U disgust me!!Tueh HYPOCRITE!!!!”

There Is No Shame In “Selling Se*x” – Nigerian Crossdresser, James Brown

A Member Of Winners Chapel Accuses Oyedepo Of Slapping Him